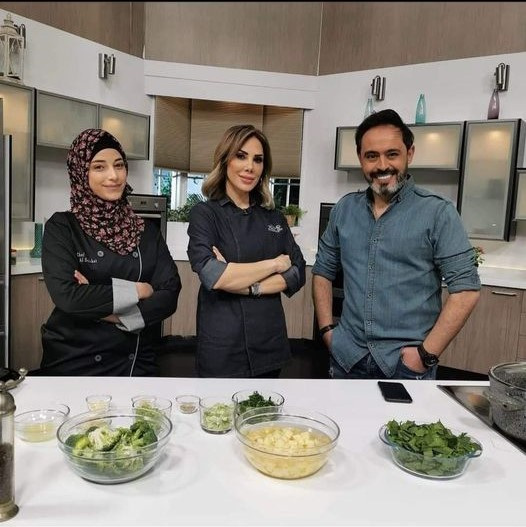 Hiba always dreamed of a career in the culinary arts. At only 24 years old, she launched a home-based kitchen business with her husband and enrolled in EFE-Jordan's culinary arts training under the USAID Training for Employment Activity to sharpen her skills. The training taught Hiba new cuisines and techniques; as she attested, "The training was inspirational. It opened my eyes to a new array of recipes." Hiba is now working to expand her kitchen to deliver to all Jordanian governorates, and was recently featured on Helwa ya Donuya on Roya TV (pictured on the left). You can follow Heba's culinary exploits on Instagram!

Hiba's success especially stands out in light of a recent New York Times article highlighting that 86% of Jordanian women are absent from the workplace—the highest rate in the world for a country not at war. We're proud to see alumni such as Hiba building their own career paths and pushing back against this trend!