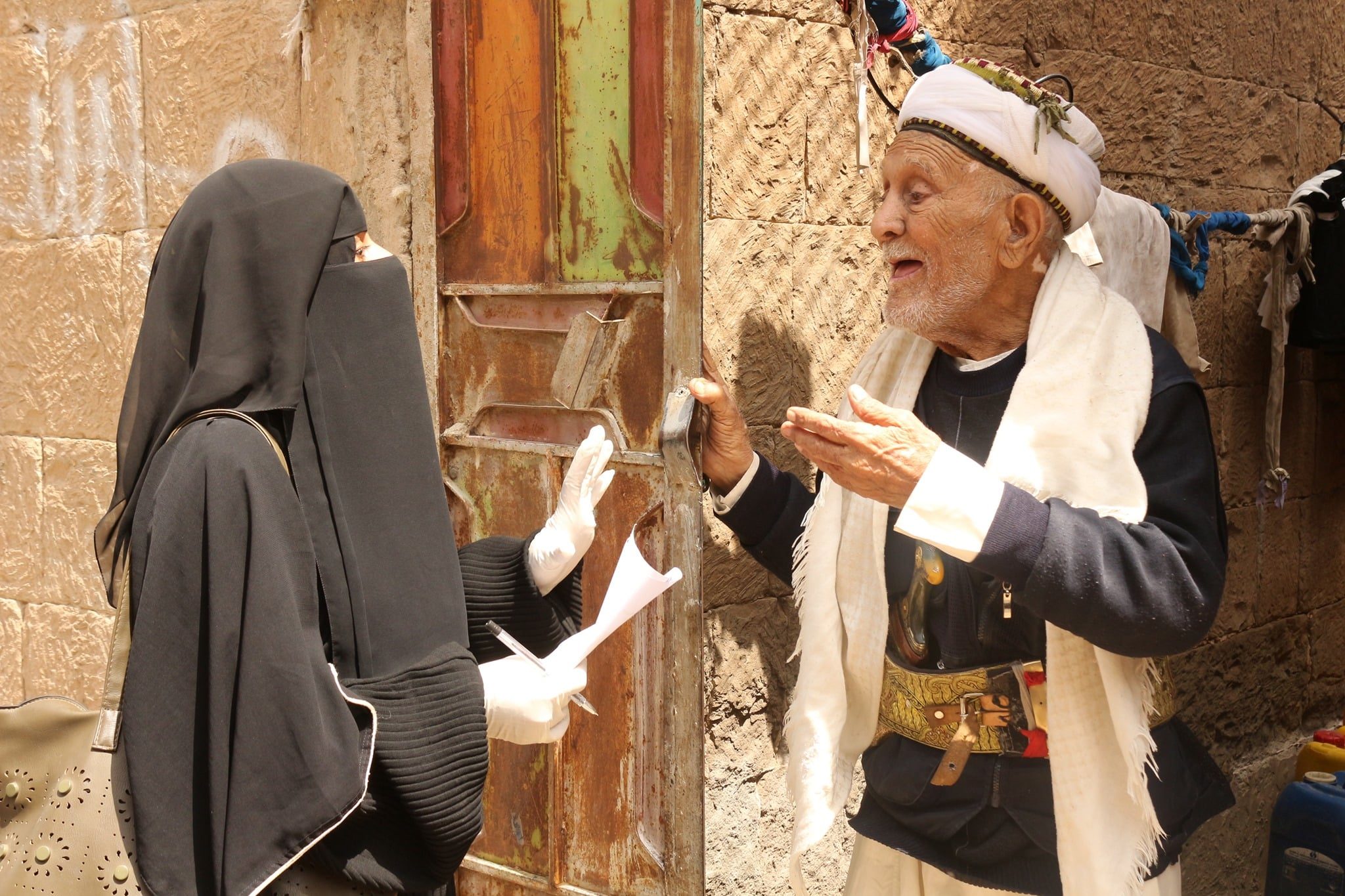 In July, EFE-Yemen carried out the major activities in the CRS-funded COVID-19 health awareness campaign. With the help of 190 volunteers from the Medical Employment and Development (MED) project and Ministry of health, EFE-Yemen posted 7,304 messages in public spaces, such as malls, supermarkets, parks, public squares, and mosques across Sana’a and Aden. On EFE-Yemen’s social media platform, 20 messages were posted about COVID-19 and preventing its spread, resulting in over 7,000 public interactions such as sharing, liking, or reposting on viewers’ accounts.

Campaign volunteers also reached 2,200 households and distributed 4,400 hygiene kits and informational packets to vulnerable households in districts with low-income families, IDPs, people with disabilities, and families impacted by the war. During the five-day campaign, the door-to-door beneficiaries were encouraged to adopt behaviors such as social distancing and hand washing to prevent the spread of COVID-19 and received soap and hand sanitizer. The volunteers were equipped with protective gear such as facemasks and gloves to protect their health during the distribution.

In August, EFE-Yemen expanded its online and radio messaging campaign to share useful, factual information on COVID-19. The team worked with public health stakeholders to create messages about the virus and its symptoms, how it is contracted, and how to prevent infection through healthy habits and social distancing. The 21 social media posts have had over 8,000 interactions with viewers through likes, shares, and comments. Additionally, EFE-Yemen worked with local doctors to post videos demonstrating proper hand-washing and other preventative practices. Beyond our social media audience, EFE-Yemen also produced five radio messages that played daily for a month, reaching 80% of the country.