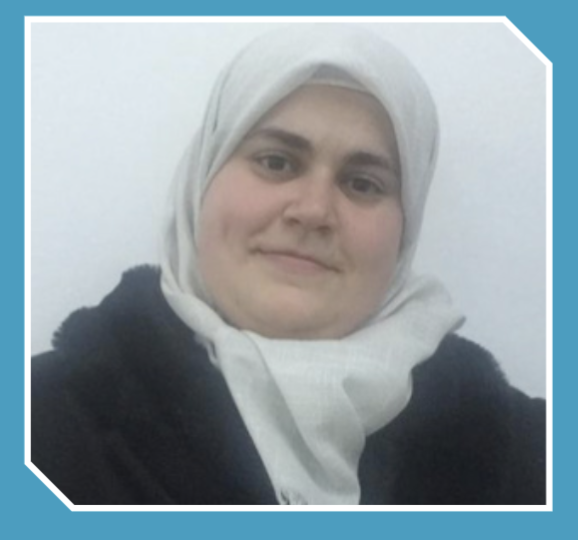 Syrian women don’t know how to give up: whether it’s from weakness or a defeat, we always learn how to rise back.

She grew up in Homs, Syria, where she earned a university degree in IT and Architecture and worked as a preschool principal. However, in 2014, Hiba and her mother and brother were forced to flee Syria and move to Jordan. As she recalls, “we had no job and no money.’

Despite the challenges, Hiba had been optimistic about her chances to find a job given her degrees. But she searched for seven months straight with no luck. Strict regulations dictate the type of jobs Syrian refugees can hold, and many of the industries in which she can work are dominated by men. Beyond that, she faced suspicions that as a Syrian, she was a ‘foreigner.’ The fruitless job search took a toll on her self-esteem, and so she sought training programs that would help her earn an income.

She had always had a passion for arts and handicrafts and taught herself wax- and soap-making through internet research. But, she needed guidance on how to bring her idea to life. Eventually, she found EFE-Jordan’s entrepreneurship program in partnership with UN Women, where she learned how to create a comprehensive business plan that gave structure to her ideas and learned how to price and market her soap and wax products.

After graduating from EFE-Jordan, she raised enough money from her family and friends to launch her artisanal soap and wax studio. Today, Hiba is running a profitable business and repaying her investors. She aims to expand her business and help other women in her community.

Life completely changed for Hiba. The distrust she previously felt from employers is now gone: she says that “now, I work with both Syrian and Jordanian women, and feel that we are one.” Her family is thrilled by her success, and she glows with enthusiasm and self-confidence because she can now contribute to her family’s household as much as her brother does. This is a rare accomplishment in Jordan, which has one of the lowest rates of women’s workforce participation in the world, and where only 4% of work permits for Syrian refugees are awarded to women.

If Hiba returns to Syria, she aims to open a wedding planning business. In the meantime, her goal in Jordan is to grow her business into a national company. To those from abroad who wish to understand Syrian women, she would like to say: “I want people in the US and all around the world to know that Syrian women don’t know how to give up: whether it’s from weakness or a defeat, we always learn how to rise back.”